The Irony of Election Fraud:Staggering Election Loss for the West; Huge Win for Lebanon!! 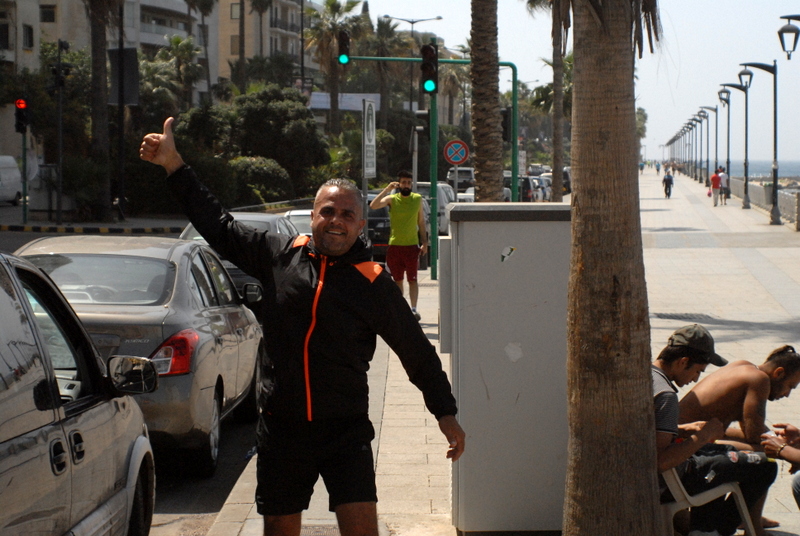 In what can only be considered a staggering loss for Western influence in Lebanon, Hizbullah doubled its seats in the new Lebanese parliament as a result of the first election in nine years…and its own, far too obvious, attempt to influence the result.

The desperation of Saad Hariri’s Western backers had been shown by his image shadowing the many candidate’s campaign poster images whom he hoped would be part of his own new coalition, one that would have resulted in additional influence for him and the Western backers he met with two weeks ago in Paris. This was exemplified by the vote-buying scandal – ignored by Western media – designed to negate Hizbullah’s continued rise in influence.

In a political blunder of geopolitical importance, during the days leading up to this past Sunday’s Parliamentary election this supposedly secret vote buying (for as much as $2000 per vote) was anything but a secret in the minds of Lebanese voters as they went to the polls. The disgust of voters for this attempt to thwart their first move towards democracy after almost a decade served up a defeat that could see Hariri relegated to the dustbin of politics since many of the candidates he counted on were thrashed, losing more than a third of their existing seats, while Hizbullah doubled their seats to twenty-four and many their coalition partners also made strong gains. This means that, as predicted, the Hizbullah coalition will not only be a block to remaining Western influence in the Parliament, this coalition will also now set the agenda and with their new majority have the ability to strongly influence the election of the three most important leaders: the President, Speaker of Parliament and Prime Minister – who will not likely be Hariri. Trouble for Hariri began early on election morning when, by 2 PM, voter turnout was well below expectations at a paltry 24.7%. This led to impassioned television pleas from current president Michel Aoun asking Lebanon to get out and vote. In a subsequent tweet he wrote,

I reiterate the call, if change and a new approach are what you want, you must exercise your right. You should not miss the opportunity given by the new law which grants everyone permission to access parliament.

Processions of cars adorned with political party banners and flags began roaming the streets with bullhorns begging voters to come out, and their candidates began soliciting votes in front of the polling stations despite both being a violation of campaign Rule 78. Kataeb Party leader and MP Sami Gemayel after casting his vote in Metn, told reporters afterwards that he was shocked at “candidates breaking the media blackout rule.” President of the Election Observation Committee, Judge Nadim Abdel Malek, next released a statement warning any media outlet that had breached the electoral silence in today’s vote that they will be referred to the Publications Court.

As has been the case in the lead-up to the election, Hizbullah was playing it cool and by the rules. Their supporters are impassioned, well organized, pro-Lebanon down to their core and vote. Thus, the ongoing reports of low turnout favoured their likely success. Hizbullah did not participate in election trickery, which is consistent with its eighteen-year rise in power that, among other factors has been bolstered by a consistent adherence to ethics as demanded by their Shia doctrine and its abhorrence of corruption. This doctrine has been the proper reflection of the demonstrative corruption and divisiveness of Hariri and the other non-Shia parties. After the widespread vote-buying scandal, voters were left with only two choices: don’t vote, or vote against continued corruption. Neither choice favoured Hariri, hence the low turnout and that his party, the Future Movement Party, went down in defeat. Thumbs Up! For the First Election in Nine Years.

There were no serious incidents reported and problems were limited to long lines, accidentally switched ballot boxes, a lack of privacy in voting booths, lack of handicap access and help for the elderly, complaints that ballot cards were too large and that several politicians were violating Rule 78.  Popular Bloc leader Myriam Skaff held a news conference saying that Lebanese Forces Party supporters struck her car with bats and criticized the Internal Security Forces for not intervening when her car was attacked while she was in it, before the Lebanese army finally intervened. Al-Jadeed TV reported that the Lebanese Army pulled a man from his car after he tried to drive through a roadblock in Choueifat.

Chief Observer of the European Union’s Election Observation Mission Elena Valenciano said that the mission and its 131 observers across Lebanon had a “very positive” impression of the voting process in 98 percent of cases observed. “The management of the voting process is happening normally and professionally,” Valenciano said. Her comment, of course, failed to mention the voter fraud so much in everyone else’s minds. Free Patriotic Movement leader, parliamentary candidate and current foreign minister Gebran Bassil more accurately addressed this problem, stating, that there was a “financial brutality”  that was “focused on buying votes and the consciences of citizens, which is dangerous.” Bassil said his party was “clean.”

The Electoral Supervisory Committee released a statement denouncing violations of a government-ordered media blackout on electoral campaigns. “Despite releasing continued statements and warnings during its direct observation of the media, it appears that some outlets are still violating the electoral media blackout and are not adhering to Article 78 of the electoral law,” the statement reads. Article 78 prevents news outlets from reporting on campaigns during Election Day.

Despite low turnout, some district voting district locations were packed until closing time. Baalbeck-Hermel was given an additional 73 ballot boxes for multiple municipalities after the original allotted boxes filled up by 3:30 p.m. This led to Hezbollah Deputy head, Sheikh Naim Qassem, contacting the Interior Ministry overextending voting hours beyond original 7 p.m. closing time. This was denied for correct constitutional reasons; however, the compromise was to allow anyone still in line to enter the polling area before 7 PM and then vote after the doors were closed. This lead to the official close of the vote being at 8:08 PM.

At 10:32 p.m. the Lebanese Interior Ministry revised its final turnout count in the election to 46.88. This was a disappointing turnout after nine years of anticipation and down from the previous election’s total of 55%.

What the Election Means for Lebanon.

On Monday, the group’s leader Hassan Nasrallah spoke of a big political and electoral victory for the “Resistance,” saying that Hezbollah proved wrong any doubts about the support that it enjoys within its base.

The group’s Shia bloc of total Shia candidates emerged stronger than before. Shia dissent against Hezbollah and its allies in the Amal Movement in the south was so minimal that opposing candidates lists failed to reach the election threshold. Besides increasing Shia representation in full, Hezbollah was able to expand its base in parliament, picking up seats for Sunni and Christian allies in Beirut and the Western Beqaa Valley.

“Hezbollah is the biggest winner in this election,” Kassem Kassir, author of the book Hezbollah between 1982 and 2016, told Middle East Eye. He added that the party and its direct allies will end up with a 50 MP bloc of the 128, not including the past coalition loyalty President Michel Aoun’s lawmakers.

Prime Minister Saad Hariri’s Future Movement lost seats in several districts where it was previously unchallenged. His party shed a third of its previous share of parliament – down to 29 MPs.

In Tripoli, the Future Movement lost five of the district’s 11 seats to Sunni rivals and ex-prime minister Najib Mikati picked up four while Faisal Karameh, a former minister and the heir of a political dynasty in the north, was able to make it into parliament. Meanwhile, former justice minister Ashraf Rifi was soundly defeated in his hometown of Tripoli, ending his quest to challenge Hariri for Sunni leadership.

Right-wing Christian group, the Lebanese Forces (LF), is expected to expand its presence in the parliament from eight to 15 MPs, making it a major force in Christian politics. LF staunchly opposes Hezbollah and calls its weapons illegitimate, which is the height of political hypocrisy since this group operated as a brutal militia in the 1975-1990 civil war and was banned during the Syrian control of Lebanon until 2005.

With Aoun in the presidential palace, his Free Patriotic Party (FPM) looked to at least maintain its large bloc in parliament in support of the presidency. However, the FPM is set to lose a few of its 27 seats. Gebran Bassil, the foreign minister, Aoun’s son-in-law and FPM president, made it into parliament after two unsuccessful attempts in 2005 and 2009. Still, the FPM dropped seats in Mount Lebanon and the North, mostly because of proportional representation, and now it has to deal with stronger opposition from Geagea, who was vying for the presidency himself.

Independent candidates across Lebanon tried to challenge established political parties on Sunday, but they were almost completely unsuccessful which was a huge disappointment for the growing youth movement across Lebanon that detests sectarianism, patronage and corruption and largely due to the vote-buying scandal stayed home instead of vote. Nadia Shaarawi, the manager of the polling station, said that young people had largely stayed away.“The young people don’t want to vote,” she said. “I know from my nieces and nephews, they are not happy with any politicians.” The Lebanese “Banksy” Makes a Statement

Their message was only heard in the mostly Christian Beirut 1 district, where journalist Paula Yacoubian, one of the seventy independent candidates with the Kolomna Watani Party, made it to parliament as the only successful woman candidate of the eighty-six offerings.

After the election had closed and the final tally was in, on Monday the interior minister Machnouk has hailed the election a “democratic festival.” At a press conference, Machnouk said all problems were swiftly addressed when brought to the attention of the ministry, which was substantially accurate.

Hizbullah leader, Hassan Nasrallah also dubbed the election an “accomplishment,” praising the government and President Aoun for its success.

The future of Lebanon is now firmly in the hands of those new parliamentarians who are sincere in their desire to see Lebanon prosper and bring their a new kind of future. One based on inclusion and peace. As they head off to change Lebanon, this election will keep in their minds, and in the minds of the Western troika one lesson, a lesson that is sure to rise again in the next election and hopefully in new elections across the world…cheaters never prosper!